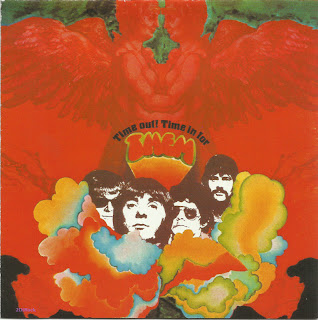 After Van Morrison’s departure from the group in 1966, Them relocated to Los Angeles, California and released a string of worthwhile efforts.  The group completely revamped their image and sound behind Jim Armstrong’s accomplished guitar work and Ken McDowell’s vocals; the only hold over from the Van Morrison era was guitarist Alan Henderson.  Now And “Them” and Time Out! Time In For are by far and away the best LPs the post Van Morrison Them ever produced.  The liners from the Rev-Ola reissue written by notable British rock historian Jon Mojo Mills take it almost too far, stating “they mastered West Coast psychedelia like no other Irish band.  And quite why Van Morrison gets all the credit is beyond me.  Which songs are better?  Gloria and Here Comes The Night or Dirty Old Man and Time Out Time In?”

Let me get this out in the open right here: the psychedelic era Them is nowhere near as good as early Them, particularly Them’s first LP and the early singles with Van Morrison (I’m sure psych fans will take issue with this!).  Early Them was a hard edged British R&B group who was both innovative and revered in their day.  Van Morrison is a legend, however, and Them’s early work is considered some of the best pure rock n roll from that time frame (64-66).

That being said, this album is a pretty good psychedelic record though not the masterpiece dealers and rock critics make it out to be.  This is the kind of album you get after you’ve heard a few hundred or so classics and are thirsting for more UK psychedelia.  The musicianship is way above average, particularly Jim Armstrong’s guitar work.  Mean lean fuzz leads are painted all over this album.

The opening cut “Time Out For Time In” is very good with jazzy time signatures and effective sitar work.   Some of the tracks are marred by dramatic vocal phrasing and pretentious lyrics but that’s a minor complaint.  Exotic numbers like “The Moth” and the lyrically bizarre “Waltz of the Flies” work best, employing a variety of instruments (mandolin) and strange sounds.   Another highlight, “Black Widow Spider,” is a classic sitar headswirler while the boys give a good blues psych reading of “I Put A Spell On You” (titled here “I Put A Hex On You”).

Once again, if you expect the unexpected and enjoy classic psychedelia, this record is for you.  It’s not the original Them but not many bands are.  The Alan Henderson/Jim Armstrong/Ken McDowell lineup was a very underrated group and while this LP may not be an essential purchase, the music is still very good and full of mysticism.  During this era, Them also had a good live reputation throughout the LA area and released some fine singles including the excellent garage punker “Dirty Old Man.”  Icing on the cake is the original vinyl album sleeve’s beautiful psychedelic collage.
by Jason, The Rising-storm 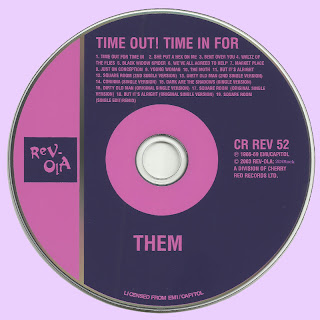 Free Text
the Free Text
Posted by Marios at 3:41 AM

Thanks very much, Marios. I'm enjoying all the Them posts.

Thank you for your article about David Bowie.I like to listen his music, especially, his albom "Reality". And I very sad, that I can't listen David Bowie's alive music again. Another my favourite singer is Van Morrison. And I hope to buy the ticket for his concert.

thank you fot all these great music and info