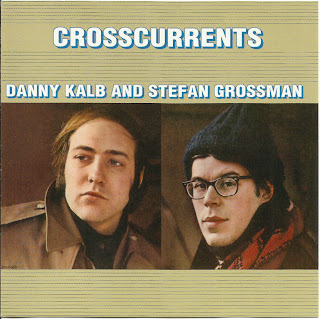 Danny Kalb called and said, "You write the liner notes and you'd better do them with love." "O.K. I'll write them and I'll try to inject the feeling that the people involved with this album felt." Stefan Grossman smiles easy, lives in Europe (Rome) and once trod the Greenwich Village streets, playing and learning about folk music.

Stefan wrote some tunes. He asked me to listen. I liked them. We talked. We talked about recordings, ideas, musicians and Danny Kalb's name came up. Guitars used to be played without electricity. We thought, why not try an album with a tough rhythm section and acoustic guitars? Another meeting. This time with Kalb and Grossman. The more we talked the more excited we got about the project. Now we needed some weeks to rehearse, to book studio time, to hire the right rhythm section and keep Stefan's return trip to Europe in mind. Well, we got it all done and down and it sounds good to me.

I suppose it's not fair for me to hype this album, after all, I helped produce it. But I can't help it. I dig it. As a bit of an afterthought—I'd like to relate to everyone the fun we had recording. Yes. I said fun. Studios can be boring, frightening. Paranoia can reign. Ego trips and just plain up-tightness is very often the norm. On "Crosscurrents" everyone tried to help, to improve, to create.

Opinions were listened to and no put-downs. I hear the sound of relaxed playing. Today's music business is so volatile, things move so fast. This album is released and everybody hopes. Stefan Grossman is back in Italy looking for a house. Danny Kalb is playing better than ever and putting together a band. Where will you be?
by Jerry Schoenbaum, 1969 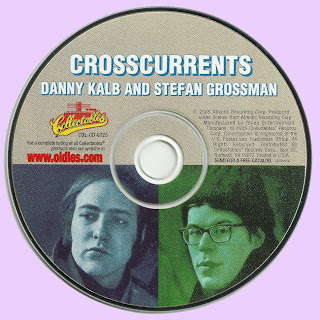 I'm not so familiar with this album. Thanks very much for the opportunity to explore it further...

Very nice album. I'm not a unconditional blues fan, but when it's played by such great musicians this is a real pleasure to listen. Many thanks for the sharing, Marios.

A Stefan Grossman recording I never heard! (not to mention the great Danny Kalb...) Thanks for the great share Marios!