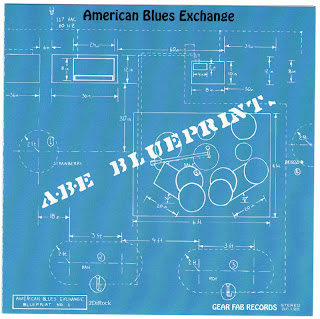 The American Blues Exchange, composed entirely of students  at Trinity College in Hartford, CT, was initially formed by Peter Hartman (bass) and Roger Briggs (guitar), based on a mutual love of blues and a desire to impress girls.  By early 1968, they were joined by Roy Dudley (vocals and harmonica) and Dale Reed (drums) and a working four piece band was formed.

Their repertoire drew heavily from the British blues groups such as Savoy Brown, John Mayall, Cream, Free, and also U.S. artists such as Muddy Waters, Chuck Berry, Jefferson Airplane, and Canned Heat. As a four piece band they played area coffee houses and fraternity parties through the Spring of 1968. When school resumed that fall they were joined by Dan Mixter (guitar and vocals)  and the new five piece group was formed which would remain together for the next 2 1/2 years, until the departure of Dale Reed forced the group's disbandment.

During this time, ABE as they became known, played a steady stream of fraternity parties, college mixers, high school dances, clubs-all primarily on the weekends and mostly in the CT-Western MA area;  frequently stopping at a McDonalds along the way to chow down-hence the song "Big Max Revenge". For some unknown reason in 1969, it started to seem like a good idea to record an album of original material, as Roy was writing quite a few songs which they began to incorporate into their performances.

So rehearsals resulted in nine original tunes over the next several months, and they then found themselves at Fiesta Studios in East Hartford (now The Gallery), where engineer Doug Clark and agent Dick Booth helped them record what they called "Blueprints". Also offering alot of assistance were fellow Trinity student and guitarist D.J. Reilert and Nancy Taylor, who made it all possible.

The front cover is actually a fairly accurate blueprint of their stage setup as seen from above; Roger Briggs was then an engineering student and "volunteered" to do the cover art. So by late 1969, they had 1,000 LPs pressed, and Dan and Roger drove a death-trap of a VW bus down to Long Island in a mighty crosswind to pick them up (Roger remembers the return trip to be a bit slower from the weight of 40 cartons of LPs straining the small and old 4 cylinder engine) Sales of the LP were modest at best, with about 400 or so sold to fellow students, relatives, friends, etc. By the time the band dissolved, there were many hundreds left unsold, which were divided up amongst the band and most were given away through the years.

Today, fewer than 10 sealed copies are in the possession of the band.  They are tickled pink that this reissue iis being done and want to express their thanks and appreciation to both their old fans and the new ones which are a by-product of this release. 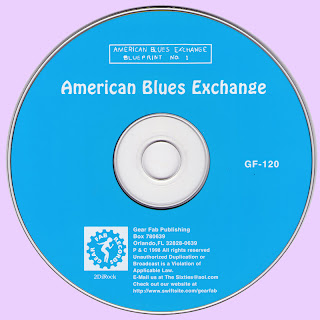 Thanks, Marios this sounds good!!

Like this kind of Blues. Thanks a lot, Marios!

thanks a lot, friend