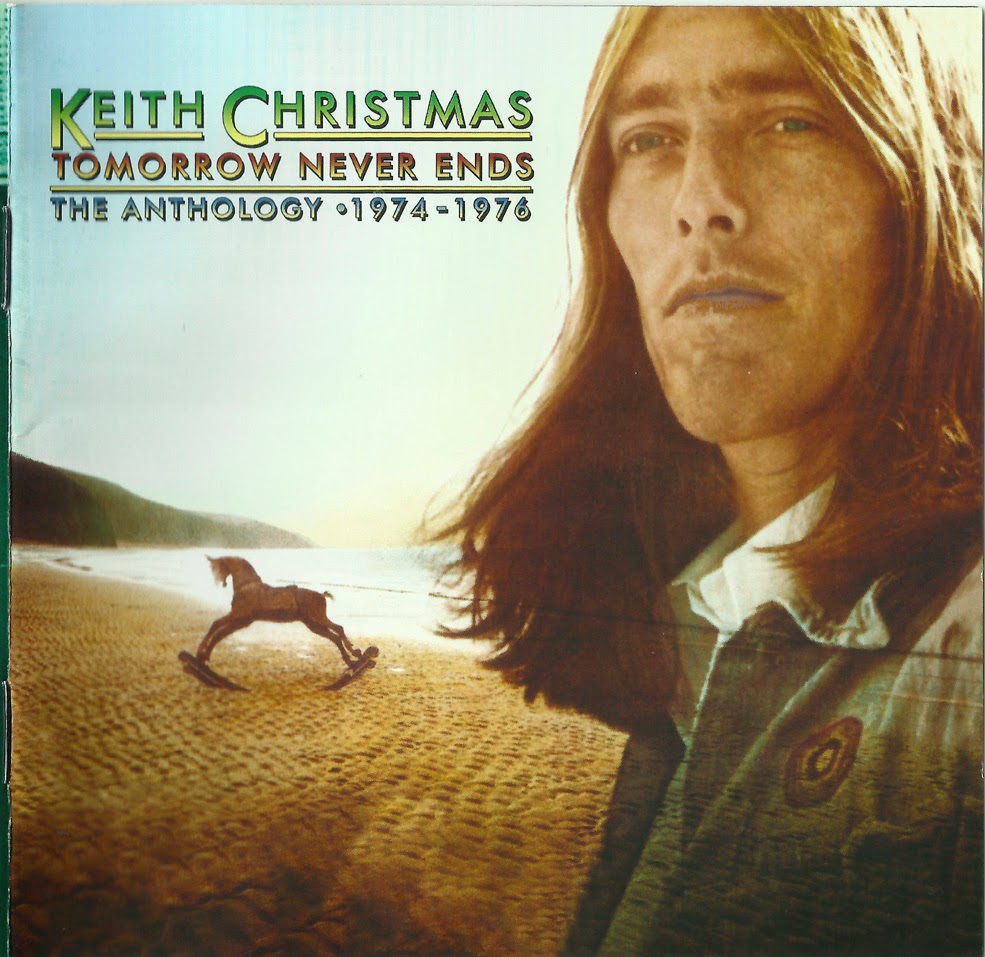 After his first three albums in the late 1960s and early '70s, Keith Christmas was without a record deal for a few years and left the music business, returning to the fray with a couple of albums on Emerson, Lake & Palmer's Manticore label. This two-CD set has both of these (1974's Brighter Day and 1976's Stories from the Human Zoo), adding two tracks that appeared only on 1974-1975 singles, as well as previously unreleased early versions of four songs from Brighter Day.

As he had on his earlier albums, Christmas remained a frustrating artist for listeners inclined to the kind of eclectic British singer/songwriter material he recorded. He was obviously more talented (particularly as a guitarist) than the bulk of singer/songwriters seeking record contracts, yet not such a striking or memorable vocalist or composer that his albums figure among the more impressive records of their time, even on a cult level. Influenced by folk-rock and mid-'70s mainstream rock of both the U.K. and U.S. variety, these were pretty ordinary if unobjectionable albums of their type, particularly in the melodic department. Brighter Day had strong connections to King Crimson alumni, as it was produced in London by Greg Lake and Pete Sinfield, with contributions by Ian Wallace, Mel Collins, and Ian McDonald.

The songs mixed some folk, progressive rock, orchestral pop, and even soul influences with lyrics that got into some unusual (for rock) subjects, like trendy religious conversions, vagabonding on the rock circuit, and gypsy lifestyles, often in a storytelling fashion. Christmas was only an average-at-best tunesmith, though, and his vocals were adequate but thin, working better on the more introspective, acoustic-oriented numbers (especially the one most indebted to British folk, "Robin Head") than the harder-rocking ones.

Recorded in Hollywood with contributions from Steve Cropper and Duck Dunn of Booker T. & the MG's, Stories from the Human Zoo was more oriented toward harder, at times slightly Dylanesque mainstream rock, though not enormously so. Again, Christmas probed some fairly unusual territory in songs like "The Astronaut (Who Wouldn't Come Down)" (he did play on Bowie's Space Oddity album, after all) and "Last of the Dinosaurs." Most often, though, he left the impression of a sensitive soul observing the small trials and sad vignettes of life and taking them to heart, most suitably when he came up with melancholic melodies to go with them on "High Times" and "Tomorrow Never Ends."

As for the six bonus tracks (all grouped together at the end of disc one), the four early versions of songs from Brighter Day are, as expected, simpler productions (though not extremely so) than the ones on the album. The 1974 B-side "Sweet Changes" is very much in the reserved folky style he favored, while the 1975 A-side cover of the soul standard "My Girl" seems a ridiculous mismatch for Christmas' style. The 20-page booklet gives the material deluxe treatment, with lengthy liner notes including memories from Christmas himself, as well as lyrics for all of the songs on both albums.
by Richie Unterberger 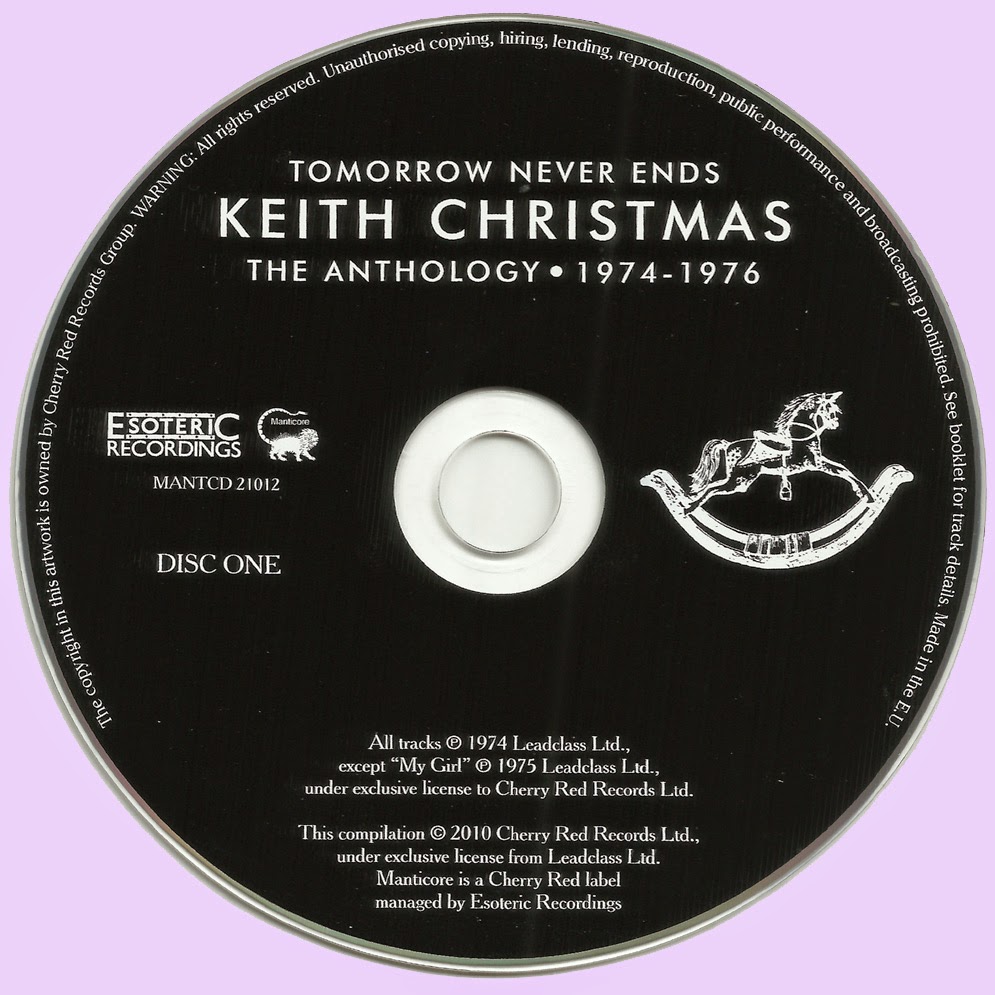 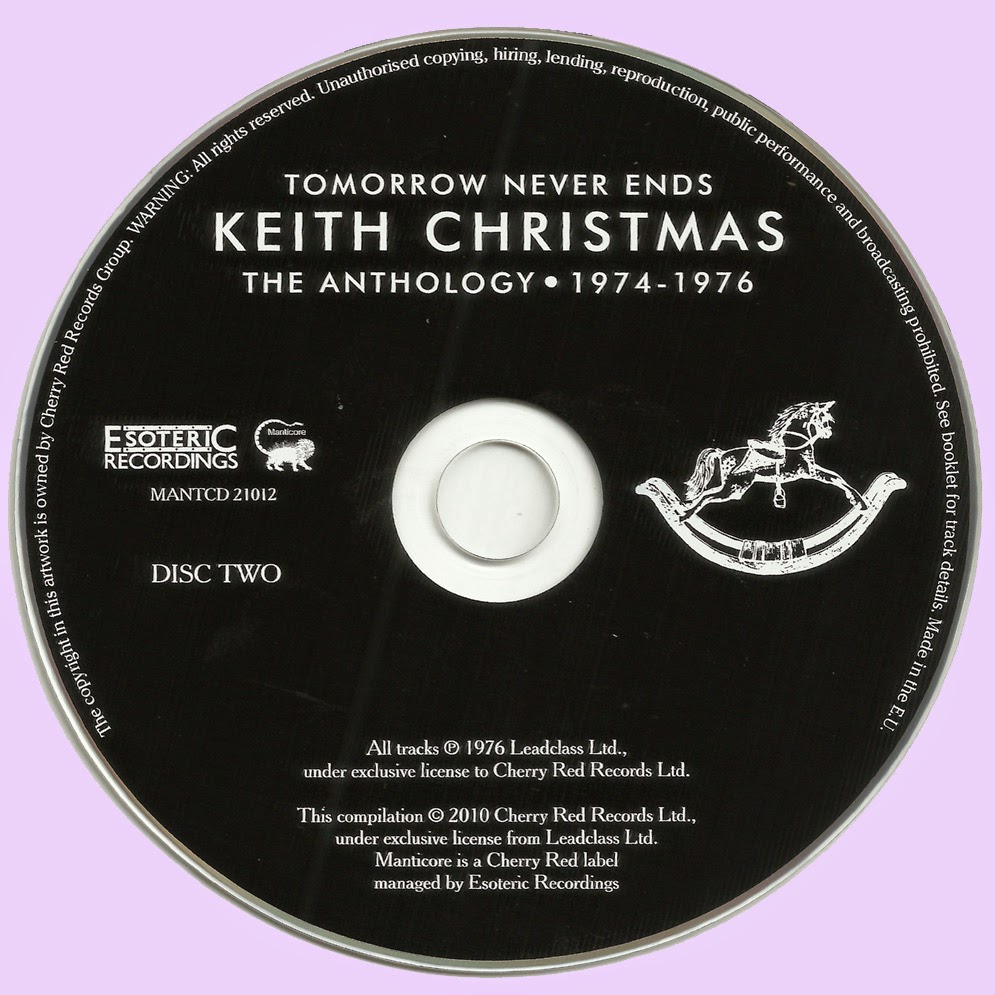 I want to tell you I'm very grateful for the wonderful treasure you offer us. This collection is extraordinary and you do a great work when uploading all these pearls. Thank you so much. Julien

Young Marios. Links for this seem to be down...would love to hear it. I found an old Keith Christmas 7" the other day...wonderful pop sounds.