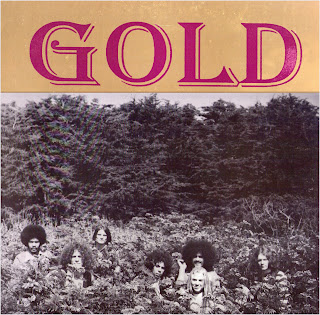 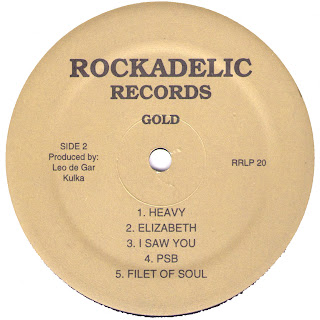 thanks for this record. 'Gold". The sample video sounds great. i cant wait to hear the rest

Psyc in pure state. Thank you!

Thank You very much MARIOS !!

Thanks a lot for this for me unknown music!

I have the "World in Sound" LP reissue - Oregins San Francisco (with repro of a rare poster of the Hell's angels party) and "Mission Rock" cd, both issue from 2002. I don't know this version, but it seems that there's tracks that i don't have. If anyone can enlighten me. The so lovely female vocals Robin Sinclair was also on the fantastic album "Salloom-Sinclair and the Mother Bear" 1968(original LP Cadet-Concept LPS 327). Sadly, no cd reissue until now. Thanks a lot Marios.

Yet another Rich Haupt/Rockadelic discovery, "Gold" is one of those projects that takes a little effort to get into. Apparently recorded and shelved in 1969, the set has a distinctive late 1960s West Coast feel to it. It's certainly not the most ground breaking LP you'll ever buy, but is kind of interesting for the decent male/female singers and it's mix of musical styles. Produced by Leo de Gar Kukla at San Francisco's Golden Gate Studios, musically the set bounces between rather convention hard rock (the crazed opener "No Parking" and "Summer Dresses"), Latin-rock influences (the instrumental "Conquistadore") with an occasional soul touch thrown in.
Thanks a lot Marios

Hi! There is some confusion here, yes. I also have SF Oregins and some songs appear here and some don't.
But they are Gold...

Thanks Marios for sharing this gem. I have it in vinyl, but I won't say no to a lossless copy.

Nice one Marios. This is a gem. Your blog is amazing. So much quality.

Wow, thanks, this is a great record.
Makes me think of Conqueroo - From the Vulcan Gas Co., another lost gem. Do you have that one? Thanks in advance.

Another true treasure. I've only heard one song by these guys before ("No Parking"), so I'm psyched to hear the whole collection. My humble thanks!!!!

a lot of gold, thanks a lot

Thanks to all of you for your comments,very nice, for those of you that have theOregins LP, there is also a CD of it available from World in Sound and has all the tunes from this album as well. Thanks again,Ed Scott,Gold