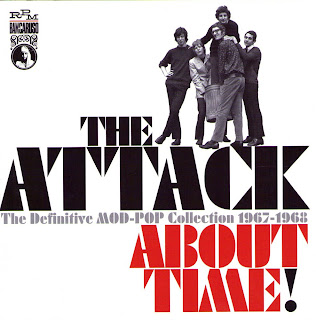 The first line-up featured drummer Alan Whitehead from Marmalade, guitarist David O'List (later of The Nice) and John Du Cann. Their first single "Try It" had also been recorded by The Standells and Ohio Express. They also released a version of "Hi Ho Silver Lining", a few days earlier than Jeff Beck. Richard Shirman was invited to be singer with Andromeda but he declined.

They had more energy than an H-bomb after flash, and they hit the senses and the soul with a long awaited wake up call.  Led by ex Ready Steady Go dancer Richard Shirman, aka Jivin'K. Boots (!), and future Nice guitarist David O'List, the Attack recorded four singles for Decca, plus a number of unreleased tracks and a radio session, all included here.

A definitive collection, which includes such stand outs as - ‘Try It’ "bugged out insanity,with sexual overtones blowing the Standells version into oblivion"; ‘We Don't Know’"a tight explosion of mod-soul" ; ‘Anymore Than I Do’, a freak beat classic! Plus of course their pre-Jeff Beck version of ‘Hi Ho Silver Lining’.

This gorgeous package by Phil Smee and with full involvement of Richard Shirmani ncludes all four Decca singles and previously unreleased material. 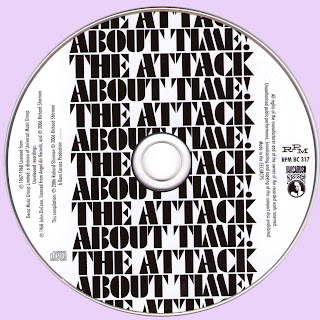 Free Text
Text Host
Posted by Marios at 2:49 AM