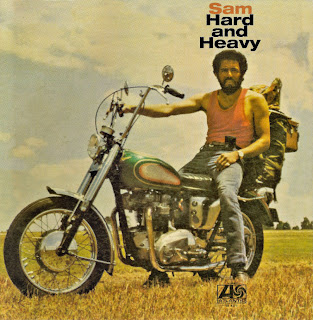 Sam the Sham pulled the plug on the Pharoahs toward the end of the '60s and set out playing blues on his own, grinding away to little notice until Atlantic head honcho Ahmet Ertegun decided to give him a shot in 1971.

Unlike many of the acts Ertegun signed at the time, Sam the Sham had a reputation as a novelty singer -- and rightly so, given the silliness that fueled "Wooly Bully" and "Ju Ju Hand" -- so he might not have seemed an easy fit for Atlantic, but Sam, who began using his last name Samudio at the time of the 1971 release of Hard and Heavy, possessed a forceful, bluesy growl, and the garage stomp of the Pharoahs wasn't too far removed from the Tex-Mex rock & roll of the Sir Douglas Quintet.

Clearly, Ertegun heard the promise that lay within Samudio and he poured a lot of energy into Hard and Heavy, hiring producer Tom Dowd -- who was riding high on the success of his work with the Allman Brothers and Derek & the Dominos -- and bringing in the Dixie Flyers (featuring Jim Dickinson) and the Memphis Horns, while finding a guest spot for Duane Allman. Half the record consisted of originals, half of covers of classic blues, rock & roll, and Randy Newman, all comprising a wide-ranging vision of American music.

At times, the Memphis Horns are a bit too splashy -- their refrains on "Homework" recall Blood, Sweat & Tears -- and sometimes the grooves are a little too densely packed, leaving very little room for anybody to breathe, but there's also an appeal in how Hard and Heavy is overstuffed. The ridiculous number of musicians does indeed give the album a hard, heavy feel, something that gives such driving workouts as "Relativity" or Tex-Mex two-steps as "Don't Put Me On" some real grit.

Throughout it all, Samudio displays some impressive vocal chops -- it's not a surprise that he can belt out "Lonely Avenue," but he digs into the marrow of Newman's "Let's Burn Down the Cornfield" -- and the unwieldy supergroup is always impressive, kicking out this earthy rock & roll with guts and no small amount of pizzazz.

All in all, Hard and Heavy holds its own with its early-'70s peers -- the aforementioned Dowd-produced Allman and Clapton LPs, the pair of records Doug Sahm cut for Atlantic a few years later -- so why isn't it better known? Well, there was no promotion for it, and after it faded away, Samudio returned to novelties and then retired from active rock & roll duty.

The 2013 Real Gone reissue -- the first time the album has appeared on CD, also includes a non-LP single of "Me and Bobby McGee" featuring Duane Allman on guitar -- allows this little-heard gem the opportunity to finally get some overdue attention.
by Stephen Thomas Erlewine 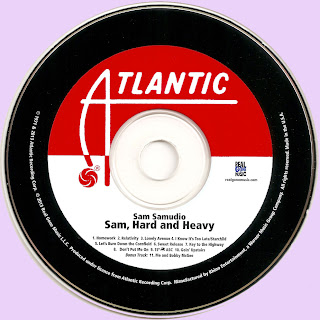 Note Duane Allman's excellent touch. Bought this as a novelty, but Sam is good without the gimmick.

Awesome relic! Thanks for everything!!

It was a good surprise for me..Great stuff! thanks for sharing.

Would it be possible to re-up this link? thanks