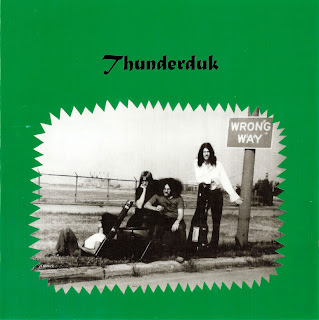 Spawned from the fertile musical grounds of Cleveland, Ohio, Thunderduk was part of a local scene that included the likes of The James Gang, Glass Harp, Bang and Dragonwyck. Their desire to play original music and their on stage antics made them one of the top draws on the club circuit in the early 70's. The combination of Phil Hilow's folk background and the versatility of Jeff Ulmicher produced a sound that included intricate rock ballads and long complicated concert pieces.

The foundation of their sound lied within the Bass work of Gary Wallis who spend many hours working on the band's equipment and developing new sound techniques to enhance the band's overall presentation. Rounding out the band was Bob Turchek on Drums who was later replaced by ex-Catscradle drummer Rick Fischer. Most of the material heard on this album was played by the band on two Agency Studio live broadcasts carried by local radio station WNCR.

These recordings span a period from 1972-74 and we think you will agree that some forty years later they stand strong amongst the tradition of Cleveland Kick Ass Rock and Roll!!
by Rockadelic-recs 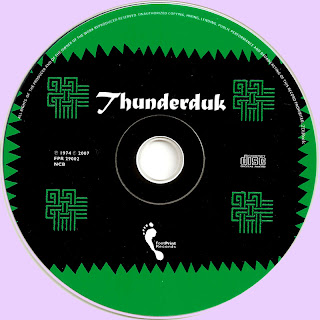 Never had a chance to hear this one before.Well worth to take a spin.Thank you"MARIOS"...