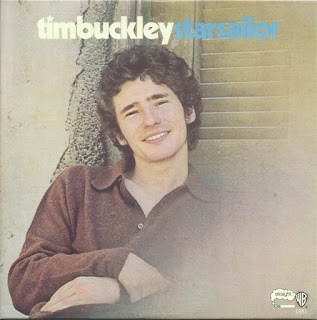 'Starsailor' is a work of a man with a unique artistic vision. Nothing else has ever sounded quite like this album, even bearing in mind the other albums Tim Buckley himself released. 'Starsailor' has jazz based backings and rhythms, but they are so very loose. It's a good way to be, Tim floats over the top, often with wordless vocal refrains and he certainly isn't sticking to any kind of structure. The lyrics are mysterious, possibly without any meaning to anybody except that they had meaning to Tim himself - but that's to underestimate them.

There aren't that many words here, by the way - but the phrases come out at you. "You caught me staring / so gently he teased me", for example - the opening line of the startling 'Come Here Woman'. It's avant garde jazz, then more purposeful, moving off into a real funky riff repeated and repeated - then goes off into freeform jazz groove. 'I Woke Up' is weary sounding, harrowing - like somebody presiding over the death of somebody close to them, reflecting upon it - or reflecting upon a huge wealth of sadness present in this world.

For contrast, 'Monterey' is fast and striking and purposeful. Energy right next to beautiful contemplation, or at least, ugly beautiful thoughts and reflection. 'Moulin Rouge' moves along with French words, and French words sung by Tim Buckley sound impossibly beautiful. Especially married to this happy, jaunty little melody. After the relative starkness and/or darkness of the earlier songs on this album, 'Moulin Rouge' is perfectly placed to change your emotions, to add to the overall emotion the album can provide a listener.

'Song To The Siren', most famously, has been sung by Elizabeth Frazer of The Cocteau Twins - she sang the song and did it justice and it was a performance rightly remembered right to this day. I'd never heard the original, this Tim Buckley version. All I can say is, it's so beautiful, the music so bare, a single guitar playing about five notes every ten seconds, or so.

Female backing vocals are present in places, but in so few places.... used just right. 'Song To The Siren' is a vocal melody, an impossibly beautiful one, wonderfully sang. Real emotion, "All my heart, all my heart - shies from the sorrow" sings Tim, and I can associate with that. "I'm as puzzled as a new born child" - the world is confusing, and 'Song To The Siren' transcends the ages, a song to live forever. A bass guitar is noticeable during 'Jungle Fire' but it has a hard time following 'Song To The Siren'. Tim really does wail and let himself free, vocally, all through the track. This isn't singing, it's vocal expression, wordless vocal expression at that. As the band begin to cook up a groove behind him... the effect becomes excitingly striking.

For the title song, voices appear layered over each other, ghostly and disturbing. It sounds like insanity, a true journey into somebodys soul without any words being expressed, although the word 'fields' can be made out at a certain point. Such a song was never likely to be played on the radio and it's a difficult song to listen to. Extremely difficult. However, 'The Healing Game' is a glorious jazz/rock assault with Tim weaving a magical spell over the top and the closing song a funky jazz trumpet based number with Tim again, letting himself go, flying free.
by Adrian Denning 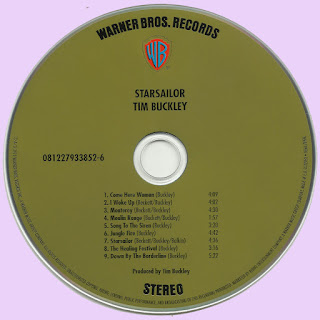 Obrigado Marios. Thank You Very Much.

Just to contribute the lyrics of the title track, a poem composed by Larry Beckett:
"I am a bee out in the fields of winter / And though I memorized the slope of water, / Oblivion carries me on his shoulder: / Beyond the suns I speak and circuits shiver, / But though I shout the wisdom of the maps, / I am a salmon in the ring shape river."
THX for sharing this undisputed masterpiece.
Franco