The Byrds - Sweetheart Of The Rodeo (1968 us, masterpiece, two disc set remaster and expanded) 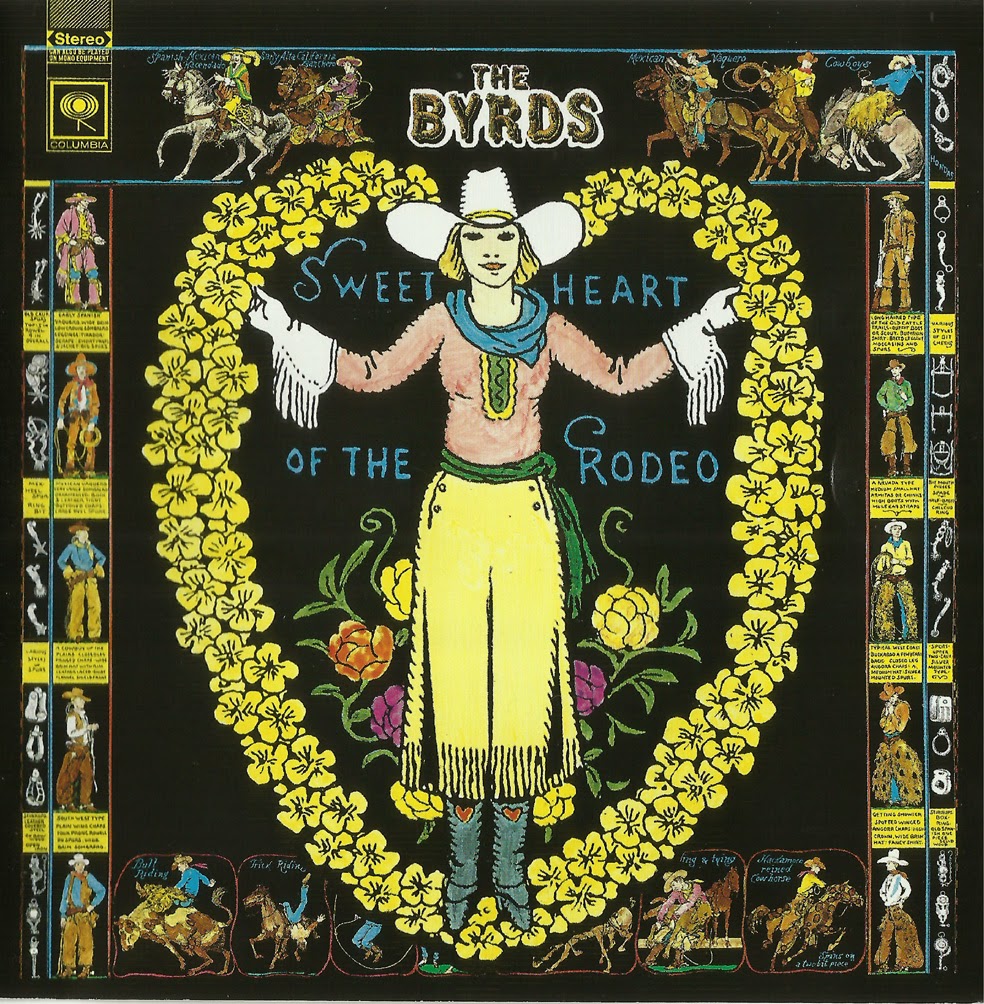 Recorded in Nashville, Sweetheart of the Rodeo was indeed a huge bust for the once-massively popular band, peaking at a dismal Number 77 on the album charts, and yielding not one hit single. A classic example of a timeless album that nobody appreciated at first, the record is a real treasure. Every track, save for Parsons’s two compositions, is a cover of either a contemporary song or an arrangement of a traditional country piece.

The Byrds had always been known by some as Bob Dylan’s unofficial cover band (they recorded 12 Dylan songs between 1965 and 1968), and although Dylan was holed up in Woodstock, New York, recording his now-legendary Basement Tapes with The Band, he made two demos from those sessions available to McGuinn and Hillman, and they rank as some of the greatest covers of Dylan’s material ever recorded. Featuring some incredible pedal steel guitar by session musician Lloyd Green, “You Ain’t Goin’ Nowhere” has a deceptively sunny feel, as it masks some of Dylan’s most foreboding lyrics to date: “Strap yourself/To the tree with roots/You ain’t goin’ nowhere.” Meanwhile, the equally dark “Nothing was Delivered” features a tiny hint of rock in its stirring, 4/4 chorus, as it bursts to life with those vocal harmonies The Byrds were known for.

The cover of The Louvin Brothers’ “The Christian Life” is beautifully done, its lyrics incredibly square for a Sixties rock star to sing, but it’s delivered with full sincerity (“Others find pleasure in things I despise/I like the Christian life”). McGuinn goes on to sing terrific renditions of “You Don’t Miss Your Water”, Merle Haggard’s “Life in Prison”, and Woody Guthrie’s ballad “Pretty Boy Floyd”, while Hillman sings on “Blue Canadian Rockies” and the traditional hymn “I Am a Pilgrim”, but it’s Parsons who steals the show. Parsons’s smooth country croon, injecting a heaping dose of heartbreak into “You’re Still on My Mind”. However, it’s his own songs, “One Hundred Years From Now” (sung by McGuinn and Hillman), and especially the gorgeous “Hickory Wind”, that stand out the most, the latter a stunningly beautiful look back at his own childhood in the South.

Of course, with this edition, it’s all about the bonus tracks, and this album is loaded with them. Aside from the McGuinn/Hillman arrangement of the traditional folk song “Pretty Polly” and some previously unreleased takes of “All I Have are Memories” and “Blue Canadian Rockies”, the focus of the tracks for the most of the set is on Parsons. On the first disc, after the album portion, it’s rounded out by a helping of non-album tracks that were originally unearthed on the 1991 Byrds box set: the more rock-oriented J.T. Hardin song “Reputation”, which Parsons had been performing solo since 1966, as well as Parsons’s original vocal takes of the propulsive “Lazy Days” (a Parsons original that didn’t make the album), a terrific version of “The Christian Life”, “You Don’t Miss Your Water”, and “One Hundred Years From Now”.

Disc Two starts off with selections from Parsons’s International Submarine Band, including the straight-ahead rock songs “Sum Up Broke” and “One Day Week”, from their 1966 debut single for Columbia, and the country road song “Truck Drivin’ Man”, released the same year by Ascot records, which artfully swipes the melody from “Act Naturally”. Three of Parsons’s best songs from the ISB’s 1967 album Safe at Home are included: the sprightly country tunes “Blue Eyes” and “Strong Boy”, as well as the stupendous “Luxury Liner”, a flawless blend of rock and country that was years ahead of its time. The rest of the tracks on the second disc are all previously unreleased demos and outtakes, and while it gets a bit repetitive, as several takes of the same songs are included, there are some real revelations, the best of them all being an alternate take of “Hickory Wind”, which features just Parsons’s voice, and no harmony vocals, making it all the more spare and emotional.

By the time Sweetheart of the Rodeo came out in August 1968, Parsons had already left The Byrds, angry about a scheduled tour of South Africa, not to mention his bitterness at having most of his lead vocals taken off the album. By the end of that year, Hillman would leave the band as well, going on to form the Flying Burrito Brothers with Parsons. In 1973, after two classic albums with the Flying Burrito Brothers and two more phenomenal solo albums, Parsons overdosed on morphine and Tequila, passing away at the age of 26.

He might have only been in the Byrds for an incredibly short time, but the importance of what Gram Parsons accomplished with that band is still felt today, as Sweetheart of the Rodeo had a direct influence on countless artists, including The Eagles, R.E.M., and Wilco, not to mention the entire alt-country community from the past decade. It’s never too late for new listeners to discover Parsons’s work for themselves, and this exhaustive edition of the classic album gives both longtime fans and curious newcomers a detailed, rewarding look at one of the most important albums in rock history.
by Adrien Begrand 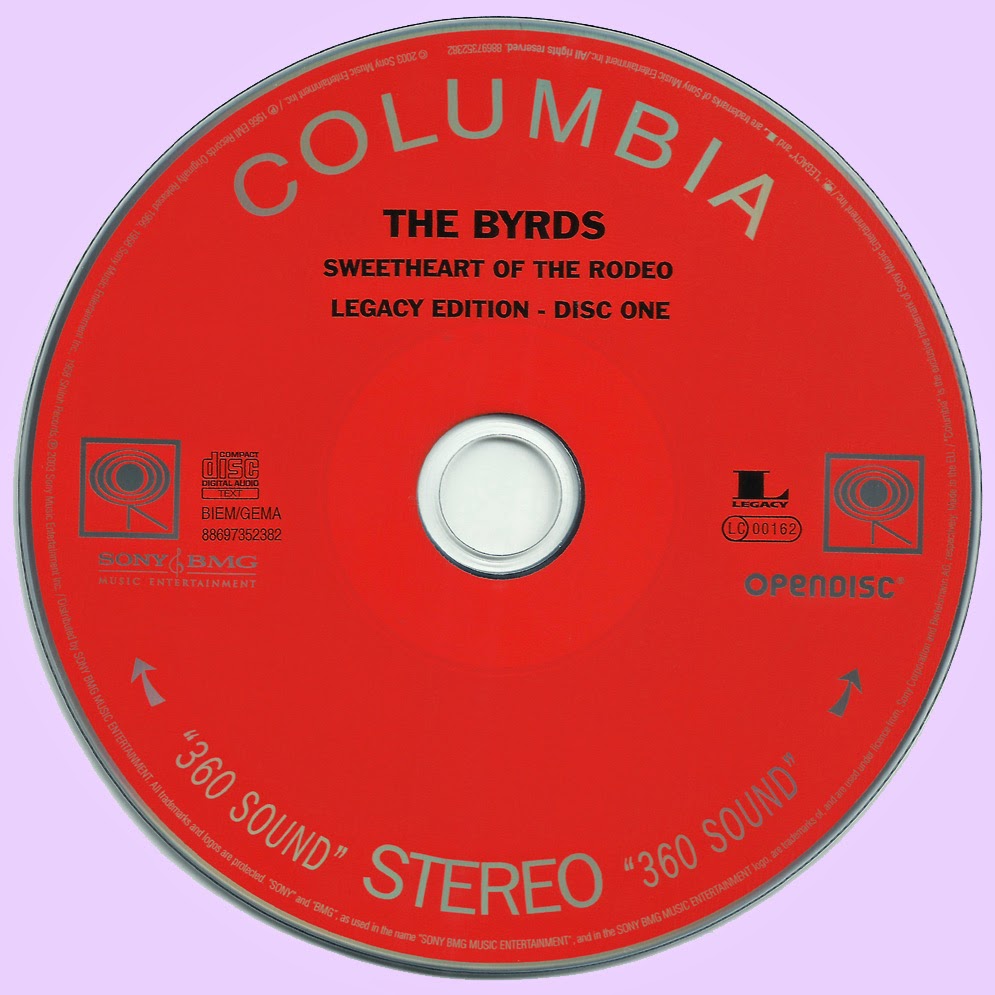 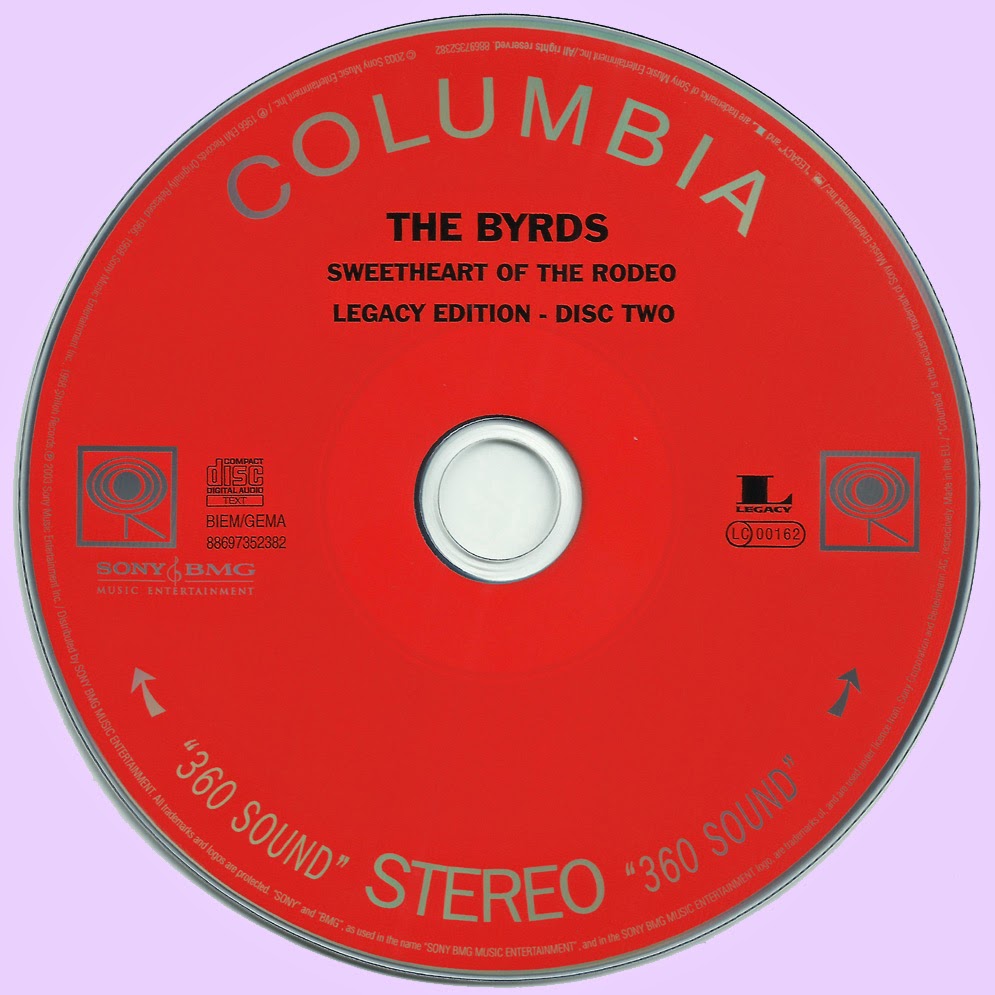 A real classic! Thanks very much for this expanded edition...

An inspired album full of delights and wonderments. Thank you very much

Gorgeous, inspiring record, though, having been exposed to the Parsons lead vox on the Byrds first box back in 1990, I've found McGuinn's vocals too mannered/stylised compared with Parsons' more genuine takes.

As I listened to this, it carried me to the days of this music, and how the music was essential to helping me bring myself to sanity, allowed me to feel anything and everything of my troubled and happy self, how it provided me with that freedom that neither my family or society wanted me to have or know or, worst of all, find expression for.﻿

Added this for my music collection thanks!