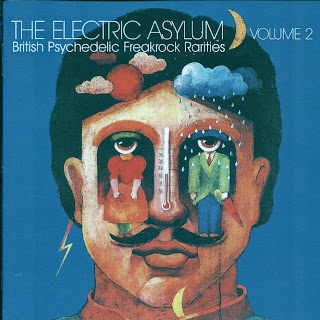 These are obscurities -- and you better believe they are very obscure when the most well-known artists are Steamhammer and the Montanas -- from the late '60s and early '70s, and about as much early hard rock (with some prog rock elements as well) as psychedelia. With all due respect to the estimable Past & Present label for digging into a genre that reissues haven't explored much, it's doubtful that comps such as these will launch as much collector enthusiasm for the style as specialist reissues did for freakbeat.

The material is largely somber, the arrangements on the heavy side, and the songs not too memorable, if often tightly played and well produced. These are the kinds of releases that, in any era, clutter the bins of ill-distributed records that very few people have heard or are familiar with; these just happen to be ones belonging to the British early-'70s hard rock division. You can hear echoes of Jimi Hendrix, Spooky Tooth, Peter Green-era Fleetwood Mac, Ten Years After, the Jeff Beck Group, Jethro Tull, and the like, if usually in a less lively and ebullient mood, but nothing that's going make you wonder why these acts didn't get bigger.

The inclusion of a couple pretty pointless covers of well-known tunes by big stars (the Deep Set doing Neil Young's "Cinnamon Girl" and the Treetops singing the Moody Blues' "Gypsy") doesn't help. On a more positive note, Josephine Levine's vocals on J.C. Heavy's "Mr. Deal" add welcome spice to what otherwise is a pretty testosterone-heavy set, and Steamhammer's "Windmill" has a lighter, dreamier, more psychedelic feel than their predominantly blues-based output (and the rest of this CD). And no, the Iron Maiden who do "Falling" here are not the famous metal band of the same name.
by Richie Unterberger 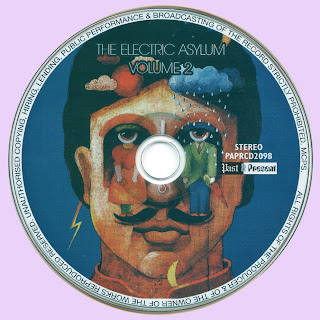 Better than the first volume. The whole series is as good as the Nuggets II collection. Not all gold, but some top notch tracks (is it wrong to think that Steamhammer did early Tull better than early Tull did themselves?) Many thanks for this great series.

This is an amazing collection. Thank you for posting (along with all of the other gems)!