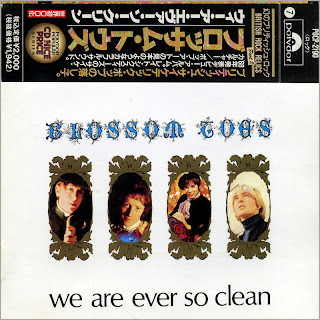 Blossom Toes were the twee-est band of all time-- twice as twee as the Dukes of Stratosphear covering "(Listen to the) Flower People" in front of an audience of animated chipmunks, thrice as twee as a Keane painting magically brought to life by a sprinkling of fairy dust and singing the Fluff Fluff Fluff Fluff and Cuddleyness catalogue. Originally the Ingoes, one of ten million British blues bands who desperately wanted to be the Yardbirds, they hooked up with their idols' manager Giorgio Gomelsky; just as flower power was taking off, they were directed to become psychedelicists and change their name, for reasons having less to do with LSD than pounds-shillings-pence.

The Toes claim their songs were all written by the time somebody played them an acetate of Sgt. Pepper's in the studio. If so, "Penny Lane"/"Strawberry Fields Forever" seems to have hit them like an acid bomb, because virtually every song here can trace its DNA to the Beatles' psychedelic moment, from the harmonies to Kevin Westlake's Ringofied drumming to the quick-changing orchestrations accompanying the chime of their twelve-string guitars to their general sense of persistently tuneful music-hall whimsy as the corridor behind the doors of perception.

They don't waste time getting around to it, either: The opening track begins with a backwards-guitar fade-in before singer/guitarist Brian Godding exclaims "Look at me I'm you! Look at me I'm you!" Godding was the band's main songwriter, although guitarist Jim Cregan also gets in a couple of good ones, especially "When the Alarm Clock Rings" (later recycled as the closing track of the Nuggets II compilation), and Westlake contributes a song called "The Remarkable Saga of the Frozen Dog", which is as look-at-me-I'm-high as you'd guess.

And virtually everything on the original album works beautifully-- they'd spent years streamlining their attack on stage, including a stint backing up Sonny Boy Williamson, so the spaced-out playfulness of their lyrics and singing is balanced out by fine, tough musicianship. "Hurry up, sleep, take me/Or I'll be late for tea," they croon, but even as an overdubbed French horn paraphrases the "Penny Lane" coda, Westlake and bassist Brian Belshaw are playing crushingly hard.

The bonus tracks appended here mostly just demonstrate how quickly the bloom came off the blossom: a few demos and live tracks meant to suggest what the "real" Toes sounded like without the album's ludicrous overdubs (not nearly as much fun), and a forced-sounding cover of Bob Dylan's "I'll Be Your Baby Tonight" from a 1968 A-side. Two years later, they made a heavy, dull second and final album, If Only for a Moment, which has also just been reissued; the new edition includes the single "Postcard", the only trace of whimsy that remained in them after Clean.

The summer of 1967 produced lots of phenomena, and the historical condition for the Blossom Toes to be not just twee but wonderful might have been one of them. The only reasonable response in 2007 to hearing them chirp "I will bring you plastic flowers/You can play with them for hours" in druggy harmony is to conclude that they're a brilliant put-on. But they were for real-- or at least not wholly fictional-- and, for a few gorgeous, candy-colored months, they kicked ass up and down the Royal Parks.
by Douglas Wolk 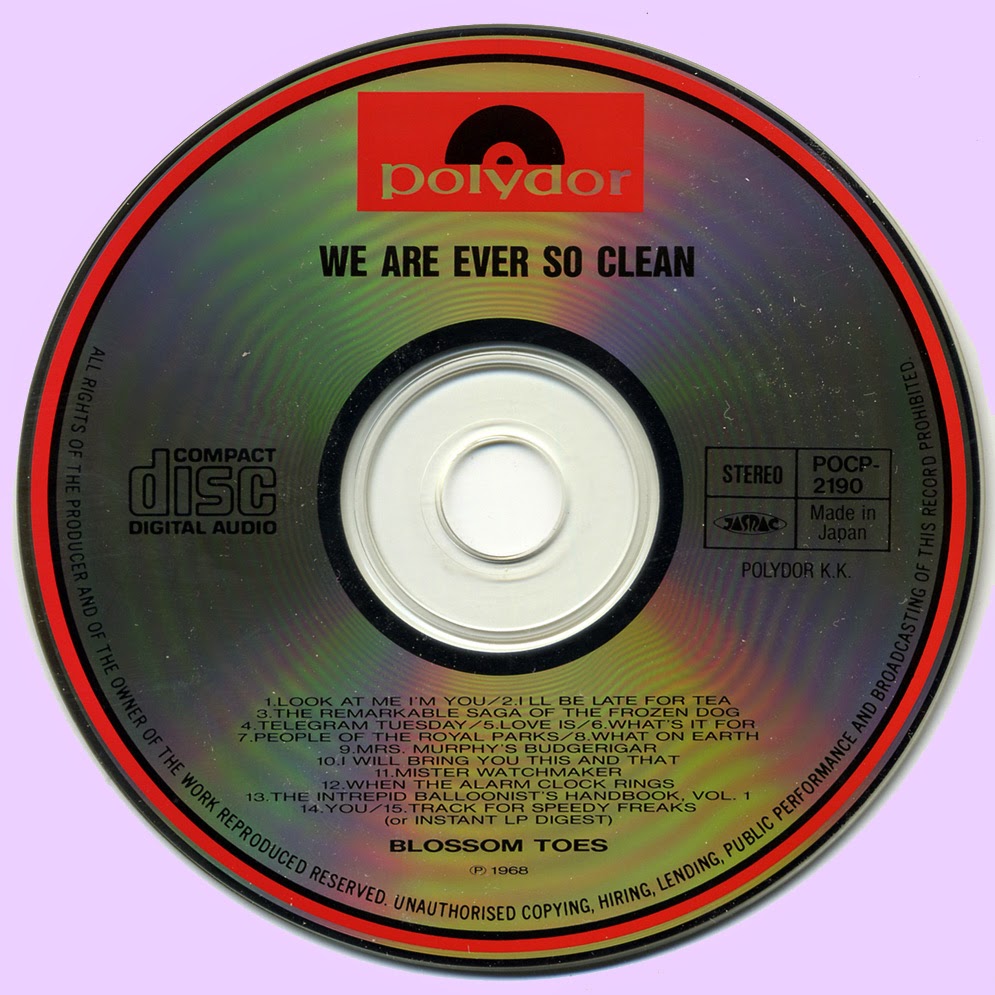 Free Text
Text Host
Posted by Marios at 4:09 AM

Thanks Marios, a welcome upgrade! Enjoyed the writing..."Thrice as twee as..." etc.

Thanks very much for this classic...

Thanks Marios to post this awesome psych album with bonus tracks.
Buckeye

Certainly worth a listen !!

I must confess i have never heard of them, but by the sample song sounds really promising

I've always heard about this band, but never listened to them. Really impressed and since 60's British psych is one of my strong suits in my collection, very welcome. Thanks for all your worthy efforts Marios.

Gotta disagree with you about the Toes' second album,"If Only For A Moment." I love it too-sits well next to say,"SHAZAM" by The Move!

Thank you for the upgrad, Marios!

Thank you for sharing this album Marios.

I love all the music on it, every note.

The Toes succeed in creating a very unique, carefree atmosphere in the music they perform on WAESC.

I'm quite taken by the Goonish interludes between the tracks.

Hey there Marios,
It says that the file does not exist when I try to download it. Is that an issue just for my computer or is it gone? Would you be willing to re-upload it?

By the way, I am LOVING everything that you're doing, the blogspot is incredible. It is a wealth of knowledge. Thanks so much for it all.