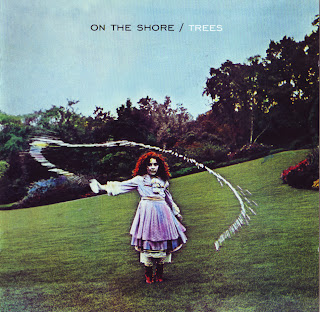 Having honed their repertoire on the road, Trees returned to the studio in October 1970 to cut their second and last LP, the masterful On The Shore. Another beautifully-judged blend of original and traditional material, it received extravagant praise but failed to break through commercially, spelling the end for the band’s original incarnation.

It makes its long-awaited reappearance on vinyl here, as a deluxe double LP set. Featuring a gatefold sleeve packed with rare images, a lavish 12-page booklet with an introduction from their guitarist David Costa and a detailed band history, and numerous bonus tracks, it is the fullest edition of this classic album ever assembled.

A splendid fusion of austere English folk and the fluid guitar lines of America’s West Coast, and as good as anything produced by their contemporaries in the field’
Record Collector 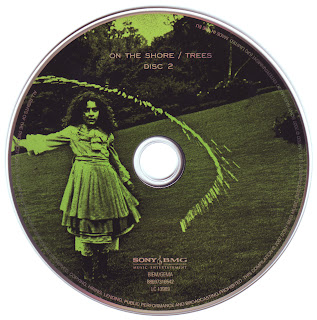 Free Text
Text Host
Posted by Marios at 8:32 AM

Haven't heard this in a long time, thanks Marios!

One of my best-loved folk albums. Thanks, Marios.

Thanks for this great album,one of the best seventies UK modern folk album.

Hey Marios, not something I would normally listen too, but this amazing.

Thanks Marios for this new post of Trees, a very nice album by an excellent group

Thanks Marios, it's beautiful. I think this is at the same level of Fairport Convention and Pentangle.

This is a great edition of this classic.
Thanks Marios for your hard work.

Thanks a million!!!
Please link for Garden of jane!!

The descriptive for this album sounds intriguing - thanks Marios for posting it.

Beautiful album. Thanks very much for this bonus tracks edition...

Ha, good one. Like a harder-edged Fairport, lovely stuff.

Had to open the .cue in the editor and change .wav to .flac (line 7) but now it works like a charm.

Thanks. For PC play note all tracks of
each record are in one .flac file.

* The bonus disk is a "refurbishment" of the original LP,
(preserved in disk 1) played by the band in 2007 with additional
instruments "to breathe some new life" in it, as mentioned in
the booklet. Two (2) extra tracks (from the BBC and a demo)
are also included.