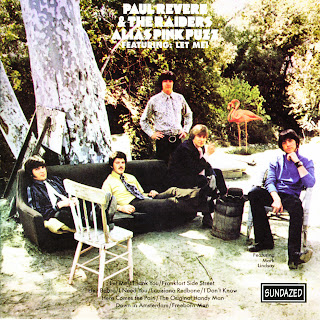 The seismic changes in the musical landscape of the late 1960s influenced the sound of nearly every major pop and rock act, and Paul Revere and the Raiders were no exception. As bassist Keith Allison explains in his new liner notes, the title of Alias Pink Puzz refers to the fact that the Raiders submitted an advance pressing of a new song to a Los Angeles FM rock station under the pseudonym "Pink Puzz" in an effort to sidestep the band's Top 40 pop image.

The station's management liked the song, but was livid when they learned the truth. Such trickery wasn't necessary for the Raiders to score one of their most memorable hits with the insistent rocker "Let Me!" and one of their most-covered tunes with "Freeborn Man." Despite the psychedelic-sounding pseudonym, Alias Pink Puzz largely features a rootsy, laid-back sound boasting a variety of blues, country and swamp-rock influences, with such titles as "Frankfort Side Street" and "Down in Amsterdam" reflecting the band's overseas touring experiences. The Sundazed edition of Alias Pink Puzz features four alternate/demo versions as bonus tracks.
Sundazed 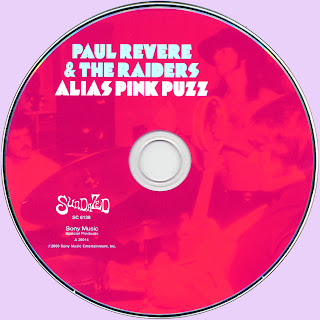 Dear Marios, your blog is every day better! Thanks for all! When post you the two Zior's album?. I have the reissue of the first of these gems from 1989 on vinyl See For Miles but you Bloggers have all missing this group. 2 years ago you posted Monument the follow-up of Zior.
Ciao
Excuse for my macaronic ... english

Really great album. Thanks a lot...

Thanks Marios for your fine blog and Cor for this post.
PR + R had lots of great stuff especially singles.
I've got several collections and my fave 45s were "let me!" and "just seventeen".
Do you know of a comp. of the mono single versions?
Thanks again for this enjoyable album.