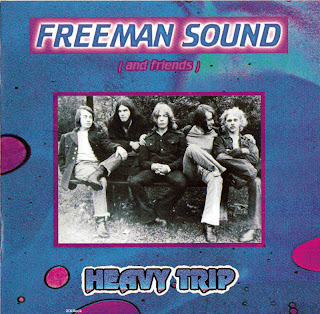 Motherheast Ohio USA, is a place where the waves of media influence from the east and the west coasts seem to come crashing in and collide, the result being a splashing forth of some unique talent individuals.
It was there, in 1969 midway between the towns of Warren and Cortland, that five determined young musicians, Ray Escott - Lead Vocals, LJ Fortier - Drums, John Harrow - Lead Guitar, Vocals, "Buster" McCarthy - Bass, Vocals, and Kurt Sunderman - Rhythm Guitar, Vocals, started getting together in the damp basement of LJ's parents home on Sunday mornings in aa effort to try to carry on with their dreams of being in a successful Rock band.

Having won the Starshine Productions' "Battle of the Bands" in 1970, the five-member Freeman Sound was established as the most popular of several bands (including Morly Grey), that had records released on the Starshine label. This special collection of original songs and sounds is an exciting bit of rock history that documents some of the charm, wit and depth of talent that made Freeman Sound the special local phenomenon they were.

This release includes 12 great, quality tracks with bio and photos. You'll get stoned on some mind-bending vocals backed by instrumentation that includes some very intense, heavy fuzz and wah pedal guitar sounds, solid drums and a screaming organ, with flashes of famous British groups. Prepare to get off on cuts like the 17 minute "Heavy Trip #70", the Hendrix-like "Tomorrow Is Plastic" and what we would venture to say is the heaviest version of Merle Travis' "16 Tons" ever recorded! This band broke up before they were able to make the most of their popularity.
LJ Fortier's,  Official Home Page 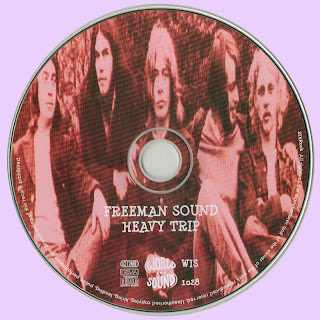 Free Text
Free Text II
Posted by Marios at 3:08 AM

World In Sound presents another group that represents the late '60s, early '70s heavy psychedelic era scene in northeast Ohio, USA (the same region that Dragonwyck is from) This special collection includes twelve tracks, four on an extra 7" 45 rpm record from 1971(with flashes of famous British groups such as Free, Spooky Tooth or Arcadium) sometimes rocker,fuzz guitars and the rhythm section while a little immature in the arrangement, but more oblique and freaky. Underground garage, nice heavy, psychedelic and strangely fascinating sound.

Nice album, thanks for let us know.