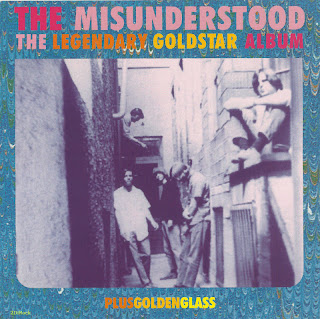 The release of the 'Legendary Gold Star' album brings us a step closer to fill in the final missing pieces of the Misunderstood jigsaw. The group had formed in 1965 in Riverside, a town 30 or so miles south of Los Angeles and united by their common love of the blues and the British Invasion bands, had settled on a line up of Glenn Campbell (steel guitar), Rick Brown (lead vocals/harmonica), Steve Whiting (bass), Rick Moe (drums) and Greg Treadway (guitar). Pretty quickly the quintet began to experiment away from the rigid twelve bars favoured by other Riverside outfits and started to incorporate unusual arrangements and guitar feedback into their live act.

When disc jockey John Peel working his way across the US chanced upon them tearing people's heads off at a live show in a local shopping mall, the seeds were sown, that turned The Misunderstood from just another garage band into the stuff of legend. Peel was blown away and plans were hatched for them to go into the studio to lay down some tracks with the jock as producer. Some time in the spring of 1966, they entered Gold Star in Hollywood, a studio already with a fast-rising reputation as the place Phil Spector cut a lot of his hits. Their repertoire was still blues-based, the combo taking its cue very much from The Yardbirds and Paul Butterfield Blues Band.

Rumour has it that in addition to the tracks you're hearing here, they cut a rumbustious "Smokestack Lightning' and an epic version of 'I'm Not Talkin',' during which the band walked out of the recording room for a smoke in the corridor whilst their instruments just fed back. Sadly tapes of the whole session mysteriously disappeared and have never been found. The tracks here, most of which have never been released before, have been taken from an acetate.

The acetate was discovered in the early 80's in the attic of the uncle of their old roadie, Duane Bulmer in Riverside, scratched and dirty, but through the wonders of the Cedar system, the songs have been partly restored to their former glory. Shortly after they cut it, Peel persuaded them to go to England, where they lost r and recruited ex-Answers' guitarist Tony Hill. Vibing off the nascent 'underground' vibes ii London and rubbing shoulders with the newly arrived Hendrix, the band developed at an alarming rate with Hill and Brown writing true psychedelic masterpieces like 'I Can Take You To The Sun', which became their debut 45 for Fontana Records (and can be found on the Cherry Red Album 'Before The Dream Faded').

Sadly Brown soon received his call-up papers for Vietnam and became a long-time draft dodger finally ending up as a diamond merchant in India! The band soldiered on and reputedly recorded some six songs for Philips in Paris in April 1967, before UK immigration officials packed the three remaining Californians off back home. Glenn later refloated the band and the further adventures ol Misunderstood II can be heard on the other disc of this set, 'Golden Glass'.

Fans still sit around wondering what might have been, had Uncle Sam not interfered in what promised to be one of the most exciting, most innovative bands of the 60's. The belated appearance of the Gold Star album offers a fascinating glimpse of the band at the most crucial stage in their development, as they waved goodbye to their roots and embraced the psychedelic culture wholeheartedly.
by Nigel Cross 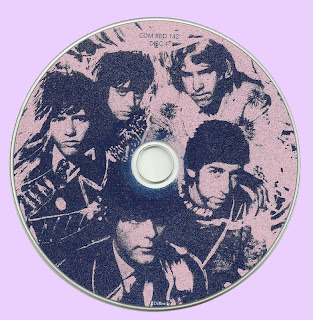 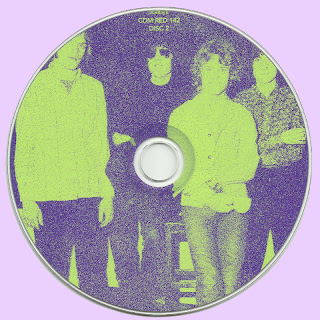 Love The Misunderstoood. This is a fantastic collection. Many thanks.

I own a Cedar System and believe me it is God when it comes to cleaning up pesky bad Audio.