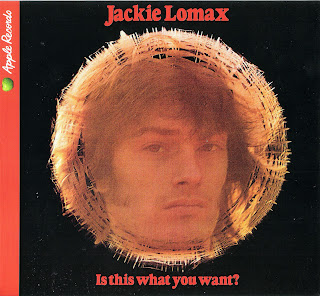 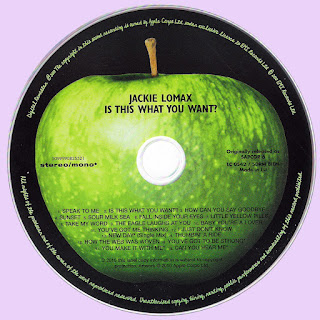 In my opinion the biggest factor in the Beatles split was the presence of three individual songwriters competing for space on every post-1965 LP.
The creation of Apple Records and the distraction of these star-making projects added additional stress. It was sort of like a couple who fight constantly mistakenly believing having a baby will make it better...

Having said that, Jackie Lomax was a very talented singer/songwriter and it is sad he didn't find the success he deserved. This is a very enjoyable album and I'm happy to finally have an opportunity to hear it. Thank-you Marios!

Thank you for this Marios. It seems like success is sometimes just a matter of luck.

Well, the article includes all the "no-no's" of my musical taste. Pop, sweet, Beatles, Apple Records...
So I will skip this one and join you again when you will have some rock on the table again.
Thank you anyway, for all your work and all the good music!

You have a wonderful blog !!!

Just found this awesome blog. Jackie Lomax was a great artist, one of the finest and most underrated British male voices and this album is a must, one of the best Apple productions. Thank you very much!...

Mario you for this Marios and all that great music.
Do you have also "Home Is In My Head" from Jackie Lomax?