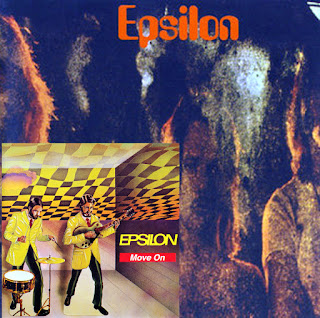 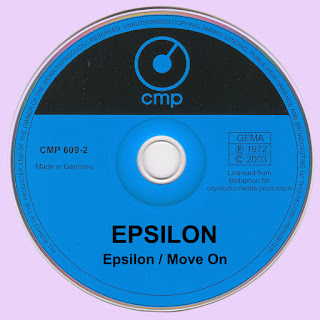 This was one of the first albums that I began to listen exploring the various neglected artists, albums German music scene,from almost 30 years of listening to music,many of unforgettable moments
The German band, formed from the ashes of two legendary formations: Nosferatu and Orange Peel - connecting convention psychedelia (on debut) and hard-rock (The second) with elements of classical music. Epsilon published three LPs between 1971 and 1974. As is usually the Germans - dense sound. I recommend!
Marios,Thanks for new (to me)edition

what's with the posts the last two days? the password xara does not seem to be working for either. Did you change it?

Thank you so much Marios,for this post. I have been looking for "move on" in flac format for ages. Keep on blogging master!

Anonymous,
try to extrack with 7zip
http://www.7-zip.org/
maybe this works better with the password.

thanks, I am using 7Zip but I am now on Ubuntu linux, which is perhaps not up to extracting some of these files. Will keep trying though--thanks for your posts!

Hello Marios,Can you help me and reupload this excellent German Krautrock Band.
Thanks a lot.