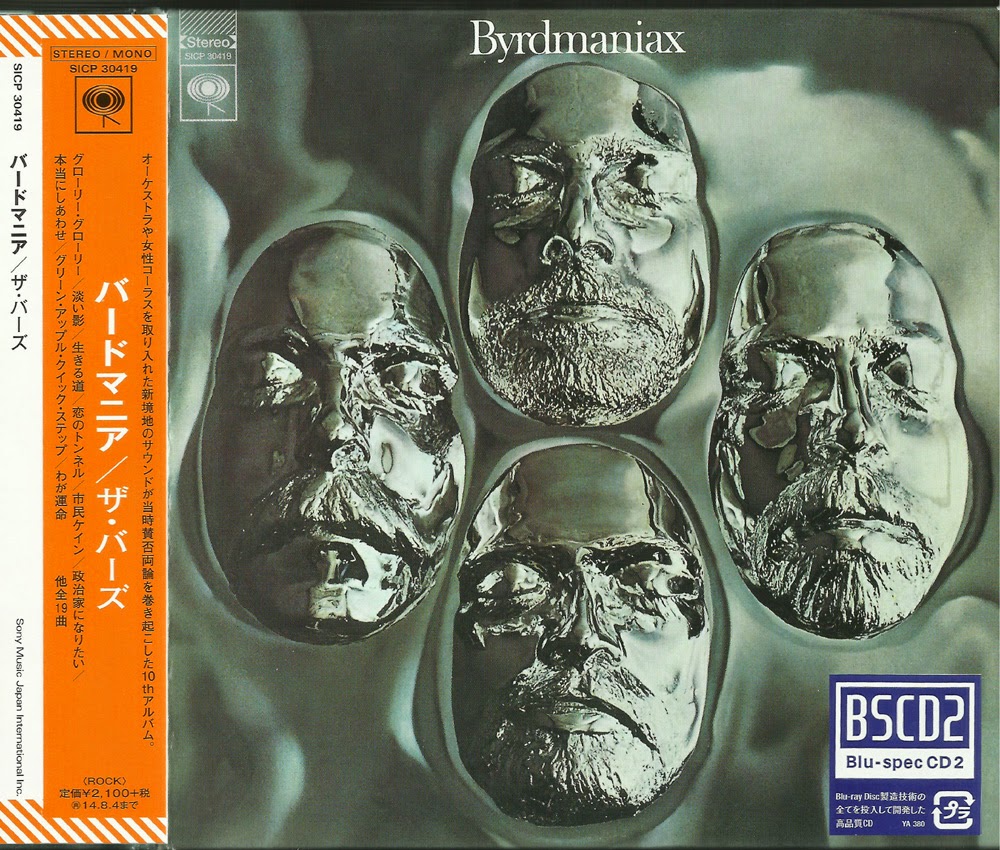 The album starts off well on an upbeat number: Art Reynolds's "Glory Glory." With a rolling piano, 12-string guitar, female backing, and a gospel beat, this song is just as appealing as the earlier Reynolds track "Jesus is Just Alright" on "Ballad of Easy Rider." Next, the band slows it down with the McGuinn-Parsons track "Pale Blue." Like McGuinn's "Untitled" compositions, this is a sentimental ballad. Unlike the "Untitled" tracks, however, this song is awash with strings.

Although many object to these as a pretentious addition, they don't intrude and actually enhance the song's beauty. Track 3 is McGuinn's Norman Vincent Peale inspired "I Trust." It starts off with a country-rock feel and then melds into country-gospel through more female backing and honky-tonk piano. With the catchy chorus and inspired feel good lyrics, this song is truly a pleasure to listen to. Unfortunately, the album and possibly the Byrds career, reach their nadir throughout the next three songs.

First comes the Battin-Fowley novelty "Tunnel of Love." The combination of piano, organ, horns, and carnival lyrics coming from a Byrds album is more than most fans with be able to take. This is, of course, until the listener moves on to the next track, the Battin-Fowley tune "Citizen Kane." Like "Tunnel" this is another novelty complete with 1930s style horns and inane lyrics. It's not a bad song necessarily, but as a Byrds track, it is over the top. Next follows the McGuinn-Levy "Gene Tryp" song "I Wanna Grow Up To Be A Politician." This composition also borders on the "novelty," but is much more listenable than the two Battin-Fowley tracks. Although "Politician" is a good song, following two out of character novelty songs, it's hard not to want to fast forward through this one too.

Although much maligned by critics and fans (oftentimes unfairly), the Battin-Fowley songwriting team occasionally scores and the seventh track "Absolute Happiness" delivers the goods. Inspired by Battin's Buddhist faith, this song has a nice mellow country-rock feel to it. After this, the band tackles bluegrass music on "Green Apple Quick Step," which is mainly a chance for Clarence White to show off his skills. Believe me, he does this well and demonstrates why he is such a highly rated guitarist. It also features his father Eric on harmonica and Byron Berline on fiddle.

Although an instrumental, it is an enduring, pleasant track to listen to. Next comes another song from Clarence White's roots: "My Destiny." This beautiful hymn features the vocals of Clarence White as he asks thoughtfully concerning the questions of life: "Is this my destiny?" The only problem with this track is that White's voice seems a little frail and he's difficult to understand. Next comes the beautiful and sentimental McGuinn-Levy "Kathleen's Song," which just might be McGuinn's best ever composition. The addition of warm strings has been controversial, but I personally think they make the song more wistful and enhance it. If you prefer the un-orchestrated version, it is on "Untitled/Unissued" and the Boxed Set. The original album closed with Jackson Browne's classic "Jamaica, Say You Will" that receives a loving treatment from his friend Clarence White. The rest of the Byrds chime in to provide eerie harmonies, proving they could still do it.

The bonus tracks are interesting too. First, there is an excellent cover of Bob Dylan's "Just Like A Woman," which at last puts a Dylan tune on Byrdmaniax. The next track is a stripped down version of "Pale Blue," which for those who dislike Melcher's additions, will be pleasing. The album ends with a lively Gene Clark composition "Think I'm Gonna Feel Better" featuring McGuinn's 12 string and another lead vocal by Clarence White. For Byrds fans this is an excellent inclusion; it doesn't matter that White's vocals are a bit strained.

"Byrdmaniax," since its original release, has been derided by many. Some of this has been justified, some of it not. For example, McGuinn's decision to include 2 Battin-Fowley novelty songs is difficult to understand. However, the worth of Melcher's additions is still debatable. Many fans like them, while many fans loathe them. However you feel about them, there are some genuinely good tracks on Byrdmaniax.
by Jonathan Bennett worst Byrds album ever. never should have been made.

Thanx a lot!!!!
Please, dou you have the 'Farther along' album??

Do you by chance have the Japan Blu Specs of (Untitled) or Ballad of Easy Rider?