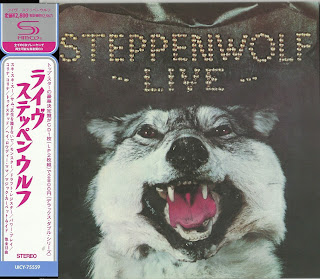 The group's first live album, recorded in one night and originally released as a two record set including some studio recordings overdubbed despite the bands will. Nevertheless, it catches the band in excellent form and is a reminder of what a great live band Steppenwolf is.

After the “Monster” album, The band needed a breather from the constant studio recording activities. It was therefore decided that a live album was exactly what we needed. We recorded one of our concerts at the Santa Monica civic auditorium which was a benefit for the “Students Against The War In Cambodia Committee”.

The resulting recordings had more material that would fit on one album but not enough to fill 2 disks. Consequently we recorded additional songs such as “Hey Lawdy Mama” “Corina Corina” and “Twisted” in the studio where we then (through the addition of canned applause) tried to integrate these extra cuts into the truly live tracks. While with hindsight, I wish we would have had the chance to record multiple concerts because then we would not have had to live or die with the results of only one performance, this album.
Steppenwolf 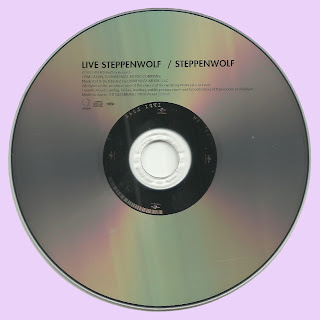 To me is one of the best live albums from that time.Amazing guitar work...

Fantastic live. Thank you very much.

I was a teenager when this album came out and I played it all the time. One day it went missing - and I haven't heard it since. Thanks for bringing back some great memories.