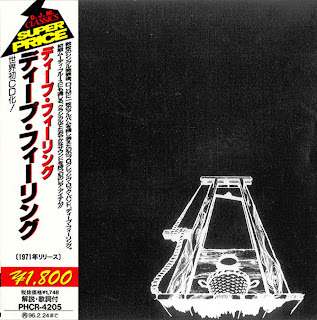 1971 was perhaps the best year for the lesser known British bands who still found themselves in the proto-prog category. Such acclaimed albums as Cressida's "Asylum", Beggar's Opera's "Waters of Change" and of course Spring's self-titled album were released that year. But while these albums are well known to at least progressive rock fans, Deep Feeling's album from the same year seems to be strangely forgotten, even if it occasionally boasted a higher degree of complexity than the earlier mentioned bands.

Opener "Welcome for a Soldier" reminds quite a lot of Fruupp, even if this was two years before that band's debut. It features a nice and thoughtful verse, catchy chorus and a somewhat experimental chorale part in the middle, everything wrapped up in the typical early '70s progressive rock arrangements (although the Mellotron was not among the equipment of keyboardist Derek Elsen).

The depressing and even gory lyrics are however not quite my thing, but I always keep more attention to the music anyway. The next tune "Old People's Home" is a sentimental and lightweight little acoustic song with some nice and folksy vocal harmonies. But the band returns to full progressive form again in their impressive version of "Classical Gas". Many of you will know this superb instrumental piece as the highlight from Beggar's Opera's otherwise forgettable "Get Your Dog off Me!" album released a few years later. But while Beggar's Opera's version was a fast, almost pop-inflected catchy ditty, Deep Feeling's version went for a far more epic progressive approach with an almost medieval feel in the complex arrangements.

The harpsichord is one of the main instruments here, and it plays superbly along with Mart Jenner's guitar. Some obligatory classical influenced organ also appears at the end. The dark and gory lyrics return again in the band's own "Guillotine" that perhaps is the most complex song here. The lengthy instrumental section is a bit harder and more aggressive than the rest of the record, and the complexity equals even Marsupilami. On the album features some very worthwhile music that will suit you well if you're a fan of British proto-prog.
Vintage-Prog 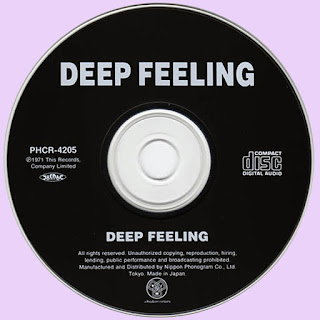