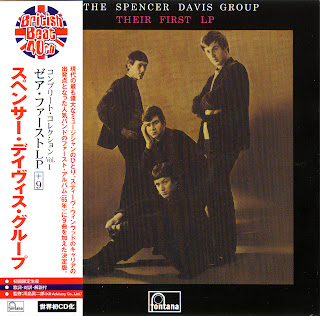 One of the most exciting and influential groups to come out of Birmingham in the early 60s, the Spencer Davis Group is most recognized for some classic singles as well as launching the career of Steve Winwood.
Spencer Davis was born on July 17, 1941 in Swansea, South Wales and later moved to London where he played in skiffle bands and became heavily influenced by imported American blues music.

He moved to Birmingham in 1960 to study at Birmingham University where he later became a teacher. In the evenings, he would play his 12 string guitar and sing blues at various venues in the city and for a short time formed a duo with future Fleetwood Mac member Christine McVie. (at the time, she was known as Christine Perfect).

While playing solo guitar spots at the Golden Eagle pub on Hill Street in Birmingham, he met the Winwood brothers, Steve and Muff (Mervyn) while they were performing as the Muff-Woody Jazz Band in early 1963. Steve was just 15 at the time but he possessed a vocal style that was way beyond his years and was also talented as an instrumentalist and alternated on stage between guitar and piano. Finding common musical ground, Davis joined them and brought in drummer Pete York, a Birmingham University student, to form the "Rhythm and Blues Quartette."

A young London music promoter, Chris Blackwell had just founded the Island Record Company while running a record import business specializing in ska and reggae music from the West Indies. His first signing was 15 year old Jamaican singer Millie Small and after having huge success with her hit single "My Boy Lollipop", Blackwell decided to travel north of London in search of new talent. Upon arriving in Birmingham, he was advised to go and see the Rhythm and Blues Quartette which he did and was immediately impressed.

The Quartette had also attracted the attention of Decca Records, who offered them a contract, but Blackwell promised them a better deal with Island Records. The partnership was an informal one and was based on little more than a handshake. This indiscretion would come back to haunt them years later.

It was Muff Winwood who came up with the name Spencer Davis Group on the pretext that Davis could do the interviews while the others could stay in bed.

Their first single release in April 1964 was a cover of the John Lee Hooker song "Dimples", as it was considered the strongest number that they performed in their set at the time. Unfortunately, the original John Lee Hooker version was released in Britain at about the same time and became a hit, thus overshadowing the Spencer Davis Group's rendition.

The group took on a heavy schedule of bookings across the country and because of this exposure, their next three single releases, "I Can't Stand It", "Every Little Bit Hurts" and "Strong Love" managed to make the upper end of the British charts. It was Steve Winwood who handled the lead vocal on the group's singles with only a few songs such as She Put The Hurt On Me having Spencer Davis in the vocal spotlight. There was little doubt that Winwood was the focal point of the band.
Brum-Beat 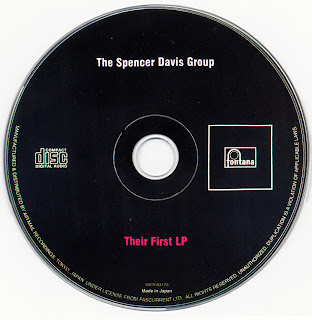 Free Text
the Free Text
Posted by Marios at 8:22 AM

Thank You very much Marios!

I am such a hugh fan of yours. Down through the years you have consistently shared not just some great vintage phsych and rock but you have also shared with us your knowledge and passion. You have made my life so much better. Many days the music you bring into my life helps me to forget the pain for awhile. God bless you.
Rick Rack
As Always...

A real classic ! Thanks very much...

Thanks, Marios! I'm enjoying this, and all the related cds. Your kindness is very appreciated!