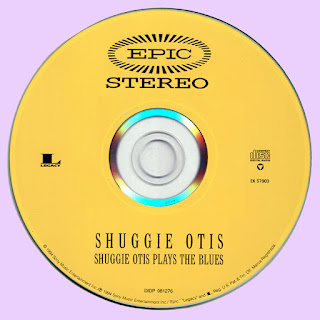 Fantastic guitarist.A pity to see the talent of this fabulous artist monopolized by his father ridiculous musical career.Thanks for this post.

Great blues album. Many thanks...

What a line-up on this! Thank you Marios.

Thankx for this. I've liked a lot.

Thanks for this amazing blues album

i actually own this on CD and love it! it contains some amazing tracks and Booty Cooler always makes my day! way to go Marios!

Very beautiful emotional blues played by one of the greatest guitarists.
Thank you so much Marios!

anyway to reup this one? thanks

hey there Marios...just doing some clean up of old tunes to a Shuggie soundtrack and was reminded of Johnny Otis "Cold Shot" album!!

Any chance you have this and could up it for the old folk?

THANKS for your great site btw...

Could you please provide new link? Thank you.

The one Shuggie album I was missing.