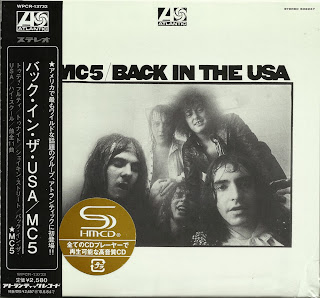 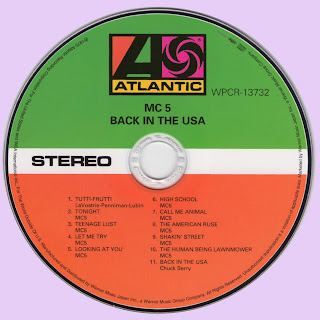 I own this album... I bought it back in the day. This cd sounds incredible... just crank it up LOUD to really enjoy this psych/punk classic.

This album rocks.Many thanks for SHM remaster...

Yes Marios, this is most welcome. Way better than my cd. Would love more SHM MC5 id ye have 'em. Thanks!

Thanks Marios, this was a local band in the town I call home for the last 14 years, some of their members still perform in local venues..
Detroit Michigan.

Thank you, thank you for the SHM upgrade

Thank you for the SHM edition!

Is this SHM an improvement over the standard CD whern it comes to the bass?

No comparisons with any previous standard CD,
SHM is improvement in all areas.

Hi Mario, thanks for the answer.

So its not horribly trebly like the standard CD? It has a good bottom end?

yes of course it is worth, personally I enjoyed listening, comparing with some other older versions.

Thank you for this Marios.

Thanks for this one, Marios.
El Flush

9 years ago, but still as valid in 2022 as back then. Thank you (assuming you are still alive) for this brilliant comment.