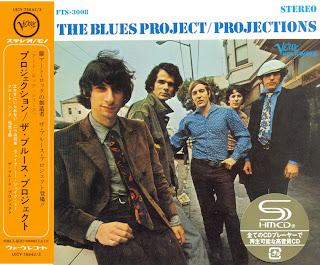 The Blues Project can be defined by those who know and understand music in different and interesting ways. I describe it as a work of determination! Take these five young musicians and their struggles of this past year; they made it without the aid of a 'single on the charts' and despite the economics of an almost unbroken law that says, "no hit record, you don't survive." But with these young men, you find that there is an exception to the rule.

The struggle has not been an easy one, and it is far from over. But— they are going to 'make it!' Witness their exciting performances at the Cafe Au Go Go in Greenwich  Village.... the three times they played at Central Park this past summer to SRO crowds. These are the dates that made possible the healthy 'underground' movement, the ever-growing grapevine that has led them to dates in San Francisco and concerts in colleges that included Rutgers, Boston U., Kent, Ithaca, Brandeis, Hobart, CCNY, Grinnell, and others. People are subscribing to the music and the originality of the Project.

On a recent trip to Hawaii, I was asked by a number of students, "When will The Blues Project be coming over?" It would not be surprising to find students in Europe and Asia asking the same question. The word is out, it is inevitable that whatever roads the words travel, the group, its music, and its station wagon will be sure to follow. Expect them to appear anywhere.

They have something to say. The world wants to listen to music—wants love and hope...and this is what The Blues Project is projecting— Love, Hope and a determination to make their sounds meaningful and lasting.
by Sid Bernstein (sometime 'round 1966) 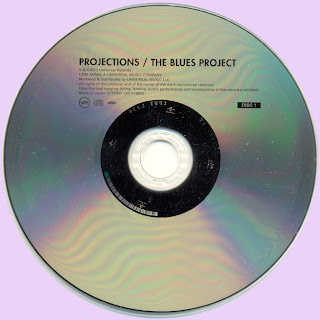 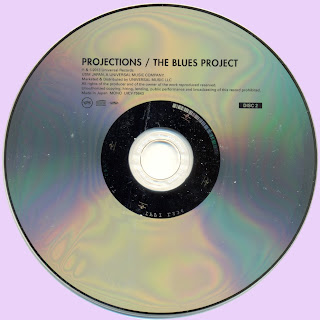 Hi I'm the same who asked to you Rare Breed. Now, I would ask you also if you have those:

Terrific, and thanks for all the great material who've made available.

I saw the Blues Project at the Cafe Au Go Go, in 1967, close to the time they ended the band, and it's always been an important influence. Cheers

Hi Marios, could you please re-upload the link to this album?