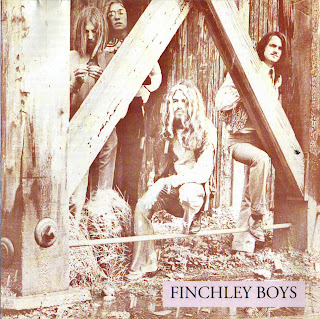 Chicago, the capital of the state and of the Urban Blues. It is with the greatest ease that in January 1968, Garrett Oostdyk (guitars), George Faber (vocals, harmonica), Tabe (eight string bass) and J. Michael Powers (percussions), four local youngsters share their bluesman apprentice's talent and form the Finchley Boys But in 1968, psychedelic fever has spread in all the recesses of the American territory sprinkling madness in the most proven structures, making them explode accompanied by a great many fuzz, distortion and various other rummage about The Finchley Boys were not spared the epidemic and will transfigure their basic blues to a furious lyrical epic et transfigureront leur blues basique en une furieuse epopee lyrique under the impulse of a remarkable guitarist-producer, Garrett Oostdyk. For this last task, he finds the help of Genevra Shirley, also featuring in the backing vocals.

Their album "Everlasting “Tributes” unique concrete trace of their existence, is released in 1972 on Golden Throat Records, a Californian label (?) and is already presented as a posthumous work. It gathers together recordings carried out in specific places, the Chess studios (in Chicago) and the Golden Voice studios (in California ?) at various periods : the first in September 1968 ("Hooked"), the second in February 1969 ("Outcast") and the last in May ("Who's Been Talkin'" "I'm Not Like Everybody Else") and June 1969 ("Swelling Waters", "Once I Was A Boy", "It All Ends". "Restrictions").

We also assume that (at least for the first ones), these tracks were actually demo tapes destined to get the attention of the major companies s managers, up to that moment not much inclined to hang around in the lost clubs of the Middlewest in order to discover talents yet unknown. Despite this unexpected and cahotic gestation, unlike most compilations "Everlasting Tributes" bears a unity in the tone, a great attraction force and a puzzling ensemble sound.

Garrett Oostdyk's guitar in particuliar does wonders here and astonishes us in solos staggering with virtuosity and feeling not only in classic blues songs like "Who's Been Talkin'", signed Chester «Howlin' Wolf» Burnett but also in great covers such as the Kinks' "I'm Not Like Everybody Else" (a fetish song for a great number a Amercian psychedelic bands)or in wonderful psychedelic original compositions such as "Swelling Waters", "Hooked", Vnce I Was A Boy" et le great "It All Ends". I hope that the release of this compact disc will also give you the opportunity to share my enthousiasm for a formation that remained anonymous for a long time and for an album that has become very hard to find.

EVA Records released "Practice Sessions" which offered four tracks of the existing album qui proposait quatre litres de I'album existent plus cinq autres (among which the famous "Finchley Boys Blues") taken from an unreleased tape probably dating from the same periods (from September 1968 to June 1969). Eva records can offer us  the entire Finchley Boys' recordings and even if the previously unrealeased tracks may not be of the most irreproachable quality of sound and of in inspiration topping pieces like "It All Ends", we will listen to them with interest and with the rares pleasure of discovery only bitterly regretting that Garrett Oostdyk did not carry out the carreer that his talent deserved.
by P. Thieyre
Auteur du «Rock Psychedelique American! 1966/1973»
Editions Librairie Parallels 1991/1993 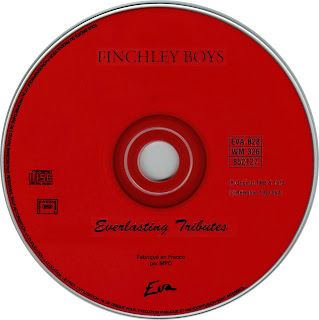 Free Text
Posted by Marios at 7:54 AM

I think this c.d has a few more tracks than the eva release on plastic years ago. Thanks for the chance to hear this in flac Marios.

Fantastic album with great US blues guitar.
Thanks.

Thanks another one waiting to be discover

thanks for sharing this great record

Thanks for share. Interesting guitar work on this album along with strong songwriting.

A remarkable album! The band was not from Chicago. They were from Champaign, in East Central Illinois. Also, Golden Voice Studios was located in Peoria, IL. And the record label was created by the band for the sole purpose of pressing, promoting and distributing their music.