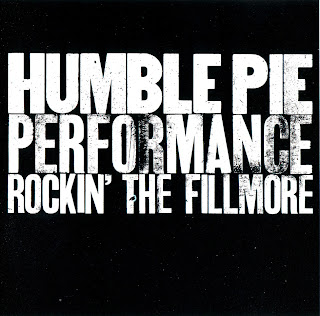 Although the entire ensemble is in top form on this seven-song disc, the record is a showcase for the astoundingly powerful vocals of former Small Faces frontman Steve Marriott (who, in his hard-rock mode, prefigures AC/DC's Bon Scott) and the heavy-blues riffage of Frampton (surprisingly enough, the guy could wield an axe), who would, of course, go on to record his own wildly successful concert album later in the decade.

A powerful live recording whose weak moments in no way mitigate its overall impact. The good music here is so good that once you hear it, you'll want to own it.
Rolling Stone 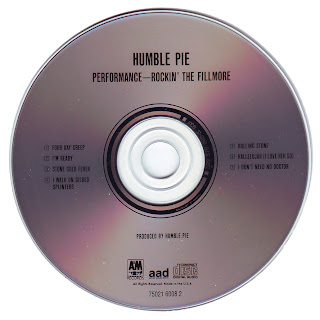 I saw them on this tour in the Spring of 1971 in Minnesota.
It was at a National Guard Armory One of the greatest and loudest concerts I ever attended.
They were wonderful.
I've been a big fan of the Pie ever since.

This is a great live album and i have had this since i was a teenager.
So thanks for the flac Marios,all the best.

great site, thanks!
Can you please tell me if Marriott on the left or on he right channel of the Fillmore recording?

Hi Anna,
I suppose you're talking about the song "I Walk on Gilded Splinters",
left channel for Peter Frampton, right channel for Steve Steve Marriott.

Thanks a lot Marios, I'm a big fan of Steve Marriott

Anna,
this has been upgraded to a 4 disc set, see here:
http://rockasteria.blogspot.gr/2013/11/humble-pie-performance-rockin-fillmore.html

I haven't noticed it so far. Thank you, it's more than I could expect! All the best Marios, and thank you for your wonderful work here!